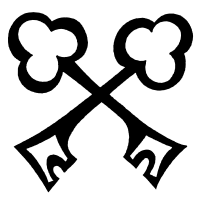 Corporate Confession and Absolution is offered at the start of every Divine Service on Sundays. This enables us to approach God with all confidence, as dear children approacher their dear Father.

What do I do if my sin is still troubling me?

Private Confession and Absolution is available to members and catechumens by appointment with our pastor. The Pastor is bound by his ordination oath to keep all sins confessed confidential. They will never be revealed in any form to anyone. When in doubt come and hear the sure confidence of the forgiveness you have in Christ Jesus.

How Christians should be taught to confess.

Confession embraces two parts: the one is, that we confess our sins; the other, that we receive absolution, or forgiveness, from the confessor, as from God Himself, and in no wise doubt, but firmly believe, that our sins are thereby forgiven before God in heaven.

What sins should we confess?

Before God we should plead guilty of all sins, even of those which we do not know, as we do in the Lord's Prayer. But before the confessor we should confess those sins alone which we know and feel in our hearts.

Some Further Thoughts on Confession & Absolution

The pastor, when he speaks the absolution, includes the words “As a called and ordained servant of the Word, in the stead and by the command of my Lord Jesus Christ I forgive you all your sins . . .” The pastor is only speaking the Word that is delivered to him, and commanded of him by God, to speak. He is the vehicle through which God delivers His Word of forgiveness in Christ.

Christ put this into the Office of the Public Ministry when he said to the Apostles in John 20:21-23, “‘Peace be with you. As the Father has sent me, even so I am sending you.’ when he had said this, he breathed on them and said to them, ‘Receive the Holy Spirit. If you forgive the sins of anyone, they are forgiven; if you withhold forgiveness from anyone, it is withheld.’”

Why is this so important? Well, first and foremost as noted above, Christ instituted it, and our Confessions uphold it. Second, it is a valuable practice (which is precisely why it was instituted by Christ and upheld by the Church’s teachings throughout history). The pastor is used by God as the means by which words of forgiveness are delivered – not just in a general way to anyone and everyone, but to YOU. A person might conceivably believe that their particular sin is too grave to be forgiven. However, some direct pastoral care, making use of the Gospel as proclaimed through God’s word, can show them that God’s forgiveness in Christ was for THEM!

Another great value of private confession and absolution is rooted in the fact that humans are relational creatures. In Genesis 2 we hear God say, “it is not good that man should be alone . . .” It is good for us to be able to go to someone to whom we can audibly confess our sins and audibly receive the proclamation of forgiveness in Christ. In the context of the priesthood of all believers, one could certainly confess their sins to any brother or sister in Christ and receive from them the proclamation of forgiveness in Christ. This is especially pertinent when the one to whom we confess is the one against whom we have sinned.

However, the pastor has been placed in a vocation which makes him especially ideal to hear your confession and proclaim you forgiven in Christ. First of all, he’s probably heard all manner of sins confessed and so is not likely to be surprised or shocked at yours. Second, the pastor has sworn in his ordination vows NEVER to reveal the sins confessed to him. There is an oft quoted phrase by a Lutheran pastor (I do not recall who) that goes, “The pastor’s ear is a tomb. What goes in, never comes out.” Third, and most importantly, as noted above with the John 20 passage, the pastor has been placed in the Office of the Public Ministry and thus has been entrusted by God with the task of forgiving and retaining sins. So, while brothers and sisters in Christ can certainly confess to one another and proclaim forgiveness in Christ to one another, the Pastor is the one who has been set apart for the task by Christ through the Church. One might liken it to having an illness that your relatives or neighbors might possess some skill in treating (and in a pinch you might welcome their assistance), yet a doctor would be the ideal person to give treatment because he has been placed into the healing vocation (by God, Luther would assert) through his training and certification.

One other important note: That it is given to the pastor's vocation to forgive or retain sins (John 20) does not mean that the pastor gets to decide who he forgives and who he doesn’t forgive. If a person comes to him repentant and in sorrow over sin seeking forgiveness, the pastor is COMMANDED to proclaim forgiveness. This is because the forgiveness comes not from the pastor himself, but from Christ.

Luther's Small Catechism
Confession and the Office of the Keys